See how Jordan Marie Daniel is lifting Indigenous voices around the country through passion and running.

Activist Jordan Marie Daniel is committed to lifting Indigenous voices around the country through her organization Rising Hearts. It’s just one of many motivations on the side of her day job as the Outreach and Project Manager for the UCLA David Geffen School of Medicine. A filmmaker and a professional runner, too, Daniel proves she’s a cut above.
---

Jordan Marie Daniel realized her life’s purpose at an early age, inspired by her grandfather, an accomplished miler, tribal health director and advocate for native youth. When Daniel, whose Lakota name is “Brings Three White Horses”, talks about her upbringing in central South Dakota on the Missouri River, surrounded by language, ceremony, song and prayer, she is convinced that she wouldn’t have become a runner or have pursued a career that allows her to serve the current and next generation if not for her grandfather. She considers him her greatest role model as she follows in his footsteps and advocates for better quality of life for Indigenous communities.

Running has become a bridge that helps her do that. When Daniel began running at age 10, it was her way of fitting in. Being a member of her school’s cross country team during her youth helped her feel more comfortable in her own skin after her family moved from South Dakota to rural Maine. As the only youth of color at her school, Daniel felt ashamed of her skin tone for the first time in her life. “It was a big struggle,” remembers Daniel, who says she was a victim of harassment. “You want to fit in and make friends, but clearly you are someone who stands out and is very different, and you’re constantly reminded of that.”

Running brought her into a world that enriched her character by teaching her how to show up for herself. “Having sport was a community that didn’t care who you were or what you looked like,” Daniel says. What she learned through sport would permeate into other aspects of her life. As a teen, Daniel envisioned a career on Capitol Hill in Washington, D.C., advocating for Indigenous peoples. She wanted to become the next Indian health service director. “I’ve always wanted to give back to my community,” Daniel says. “Seeing the injustices that they were experiencing, I wanted to change that.”

After earning degrees in political science, American Indian studies and public management at the University of Maine, Daniel moved to D.C., where she advocated for health-related issues and programs for Indigenous communities. After she was hired as a grants manager for the Administration of Native Americans, she realized working in community and helping to shape national policy was a natural fit.

She stepped up as a community organizer in 2016 in solidarity with the Standing Rock protest against the construction of the Dakota Access pipeline. Daniel sought permits and police escorts, fundraised and gathered supporters to greet youth as they arrived at the Supreme Court after running 2,200 miles from Standing Rock Reservation to Washington, D.C. to deliver a petition opposing the pipeline to the President.

Daniel would continue to organize pop-up rallies and marches and collaborate with other Indigenous organizers. But it was her statement-making participation at the 2019 Boston Marathon that would garner her motives international attention.

The idea for the red handprint she stamped on her mouth and cheek came to Daniel as she drove to the start line of the race. The mark was her way of bringing visibility to the overlooked epidemic of Missing and Murdered Indigenous Women (MMIW). Running the marathon was not for her own accomplishment, she admitted. Rather, it was a prayer run in which she acknowledged missing or murdered Indigenous women and girls during each mile. “Being a survivor of violence and having literally no woman in my life that hasn’t experienced violence, it’s been very central to me in speaking out against it,” Daniel says. The brutal murder of Native American Savanna LaFontaine-Greywind was a tipping point that made Daniel reflect on other missing persons stories.

In 2017, Daniel founded Rising Hearts, an organization committed to elevating Indigenous voices and addressing racial, social and economic injustices. As part of the efforts, she has spearheaded a Running on Native Lands initiative that involves road, trail and ultrarunning as a means to teach runners about Indigenous lands and encourage allyship. Rising Hearts works with the running and outdoor communities, brands, companies and race directors to implement land acknowledgements.

The organization also created a running collective of 30 athletes. The objective is to use sport to promote social change. In an effort to provide accessible wellness resources, Rising Hearts offers monthly virtual wellness sessions led by Indigenous instructors. Additionally, climate justice is critical to the mission of Rising Hearts, which has hosted or supported multiple marches and rallies in an effort to protect Indigenous lands.

This year, to honor Indigenous Peoples Day on October 10, Rising Hearts is hosting a virtual run of various distances. Participants are encouraged to upload their times from October 8-16. Race fees will be allocated to Indigenous Health and Wellness Connections, Kul Wicasa Wópasi and Rising Hearts. The goals keep building within and outside of the organization. Currently, Daniel receives donations and microgrants that go toward compensating workshop leaders and the Indigenous voices that are part of the land acknowledgments. Ultimately, Daniel would like to expand Rising Hearts and dedicate herself to it full time. And in between, Daniel, an On Running-sponsored athlete, aspires to qualify for the 2024 U.S. Olympic Team Trials for the marathon, a dream since her youth. Daniel’s grandfather and her mother, who was an elite sprinter, had attempted to qualify for the U.S. Olympic Trials during their competitive days. Daniel wants to become the first person in her family to accomplish the endeavor – and do so as a new mother. Daniel gave birth to her first child in February of this year.

“Running for me has been about culture, legacy, history, and continuing this tradition of our family,” Daniel says. And as much as she says running fulfills her, more importantly, being able to contribute to the betterment of her community constantly motivates her to keep moving forward. 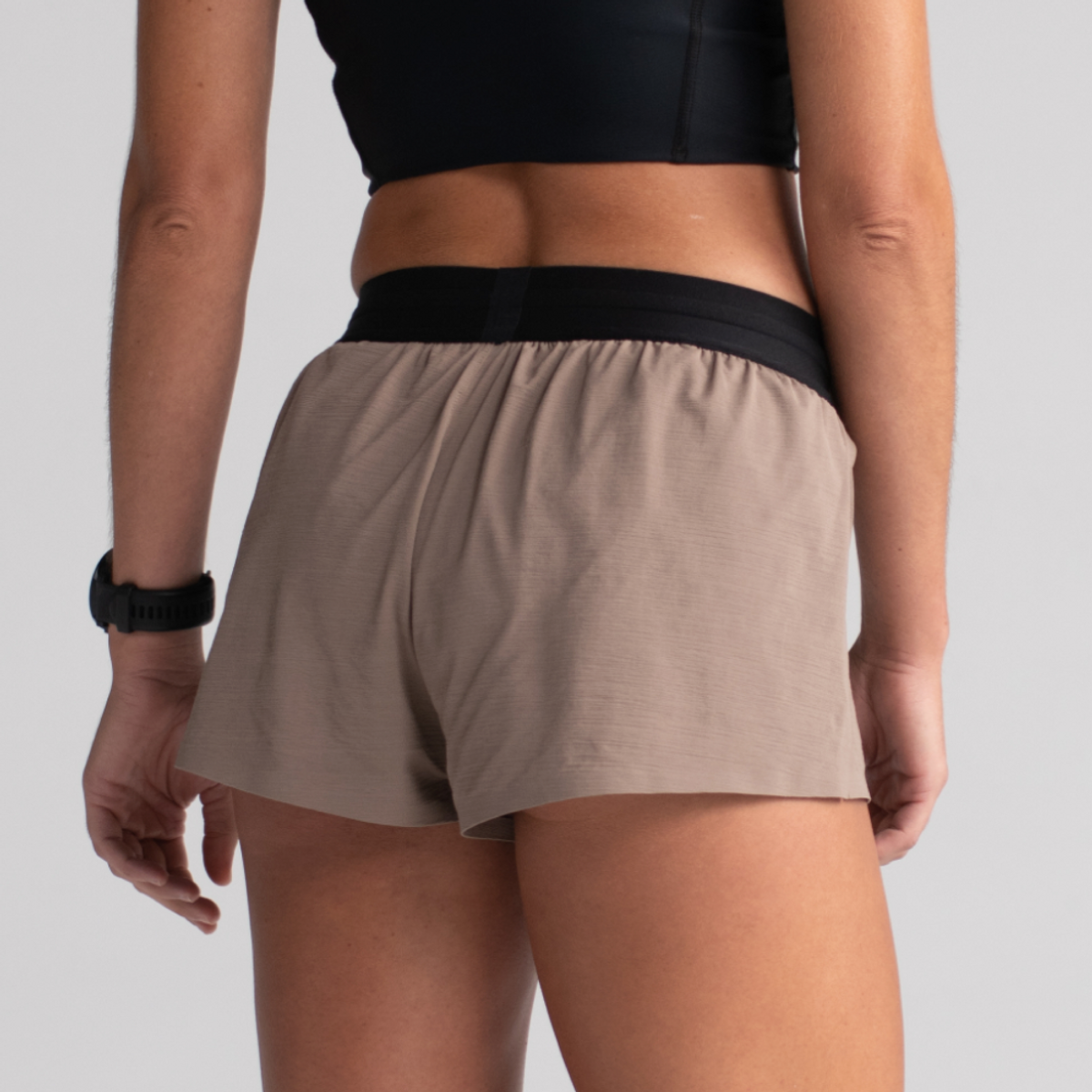