Restaurant work is notoriously difficult—fast-paced, high-stressed, and physically demanding—leading many workers to develop unhealthy coping mechanisms, including decompressing at a bar at the end of a long night.

Anthony Bourdain infamously detailed the heavy drinking and drug use that's prevalent in the restaurant industry in his 2000 best-selling memoir, Kitchen Confidential. More than two decades later, a culture of substance abuse remains embedded in the industry.

According to Nicholas Castaldo, a sous chef at SAGA, a celebrated fine dining restaurant in the Financial District focused on European fare, when restaurant workers end their shifts at one in the morning, they often go to bars because nothing else is open.

"You’re going to go to the bar, you had a really stressful day, you just need a vice, and it’s super easy to just drink," he says. "And it can be a total trap.” In a lot of ways, the pandemic laid bare many of the challenges facing the restaurant industry, including the health and safety of its workers, who were deemed "essential" to feeding local communities. Covid-19 resulted in many workers quitting and changing careers. Those who remained in the profession have been motivated to face these challenges head on and build a better version of hospitality that includes supporting and empowering employees.

Kent has been a force in New York's culinary world, having spent time in the kitchens of Babbo, Jean-Georges, and Gordon Ramsey. He was named chef de cuisine at Eleven Madison Park, which has three Michelin stars and is widely considered one of the best restaurants in the world. In 2013, he was named the executive chef at NoMad, which he left in 2017 to pursue his first solo project, Crown Shy, which he opened in 2019 with partner Jeff Katz on the first floor of a landmarked Art Deco building at 70 Pine Street in 2019. The duo opened SAGA to great acclaim two years later in the same building.

Crown Shy was an instant hit among restaurant critics, with The New York Times' Pete Wells extolling "Mr. Kent’s talent for carrying bright new ideas with him into well-traveled territory." New York magazine raved about the restaurant's bread that "caused everyone to snap to attention" and admired Kent's "precise, seasonal brand of cooking."

Upon entering the restaurant, diners may notice the staff's shared investment in the mission of providing a standout experience. This is no accident, as Kent believes that investing in his team is the most critical component to an exceptional dining experience.

"My goal is that the team that works for me, that they go on to do amazing things," he says. "Because the team is the most important part of the equation." His meticulous attention to detail comes through in how he advocates for the health of his staff and encourages health and wellness over partying and excess. This can be seen through small gestures like giving staff access to the in-building gym and encouraging people to share Gatorade and water instead of beer. But Kent's most impactful contribution is his creation of the aptly named "Crown Shy Run Club" (CSRC).

It's warmer out than usual when the employees of Crown Shy and SAGA gather in the cool lobby of 70 Pine Street.

“The plan today are some hill repeats, so we’re going to take it nice and easy during the warm up,” says Jerry Francois, a coach and founder of Goldfinger Track Club, who helps lead the Crown Shy Run Club workouts.

The group is a cross section of individuals who represent both the front and back of the house. Restaurants generally have an almost military-like devotion to hierarchy, but taking a look at the squad in running clothes, you wouldn't be able to tell a sous chef from a busser. The run club is a flat organization where all are accepted and welcome.

The team sets out towards a lower loop of Manhattan and vibes are most certainly high. Kent is back from a well-deserved vacation and the 2022 fall marathon training cycles are beginning to pick up for most of the people in the group. The chatter buzzes around the latest work shifts and shared running goals as we round the Staten Island Ferry terminal and the runners begin to separate into pacing groups. Kent is immersed in the group and watching him exercising with his staff is nothing short of remarkable. His wife, Kelly, a pilates instructor, is also part of the crew.

“Running as a group is an awesome thing," she says. "It just sets you up for the week. I’m going to have a good clean weekend so I can show up and participate.” After the two-mile warm up, the hill repeats begin on a 2 percent grade incline near One World Trade. Unrelenting heat with zero cloud cover is tough on a workout no matter how acclimated to high temps a runner may be, but the team does the work with game faces on, with no complaints.

In terms of running experience, the CSRC has a mix of experienced runners and newbies who look to the club to help motivate them for their running goals. It’s an hour that helps everyone push themselves in a structured environment and where just lacing up and coming out is a win.

“Being able to push yourself out of the kitchen says a lot about you," says Paul Jaramilo, a sous chef at Crown Shy. "It says a lot about how you process stress and how you pursue different goals and [are] constantly working on something even if it's as simple as knocking eight seconds off your mile time. And that work ethic translates right into the kitchen.”

The team crushes the workout, and, without skipping a beat, starts jogging back to 70 Pine Street. Broadway is bustling with tourists and bakers on their lunch break, and a few of the faster team members pick up the pace to match the energy of the day. Francois talks about running goals with various members as the team cools down.

“Being a chef, an hour to yourself is great," says Castaldo. "My life is one long workweek: You’re at work sometimes for 70 hours a week, so to have that hour or so to yourself and all you need to focus on is one foot in front of the other—it can clear your mind and open up a pathway to think a little more clearly.” 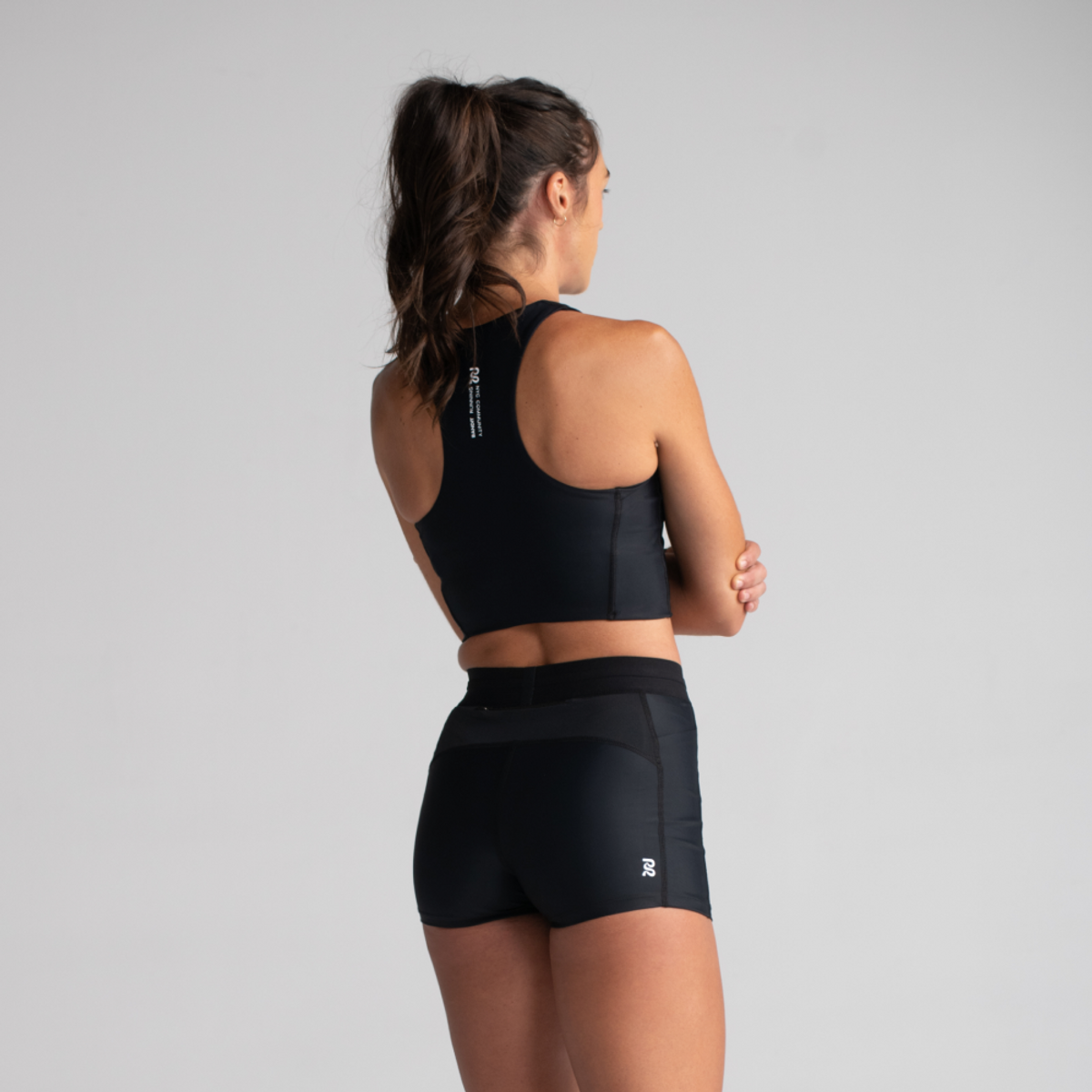 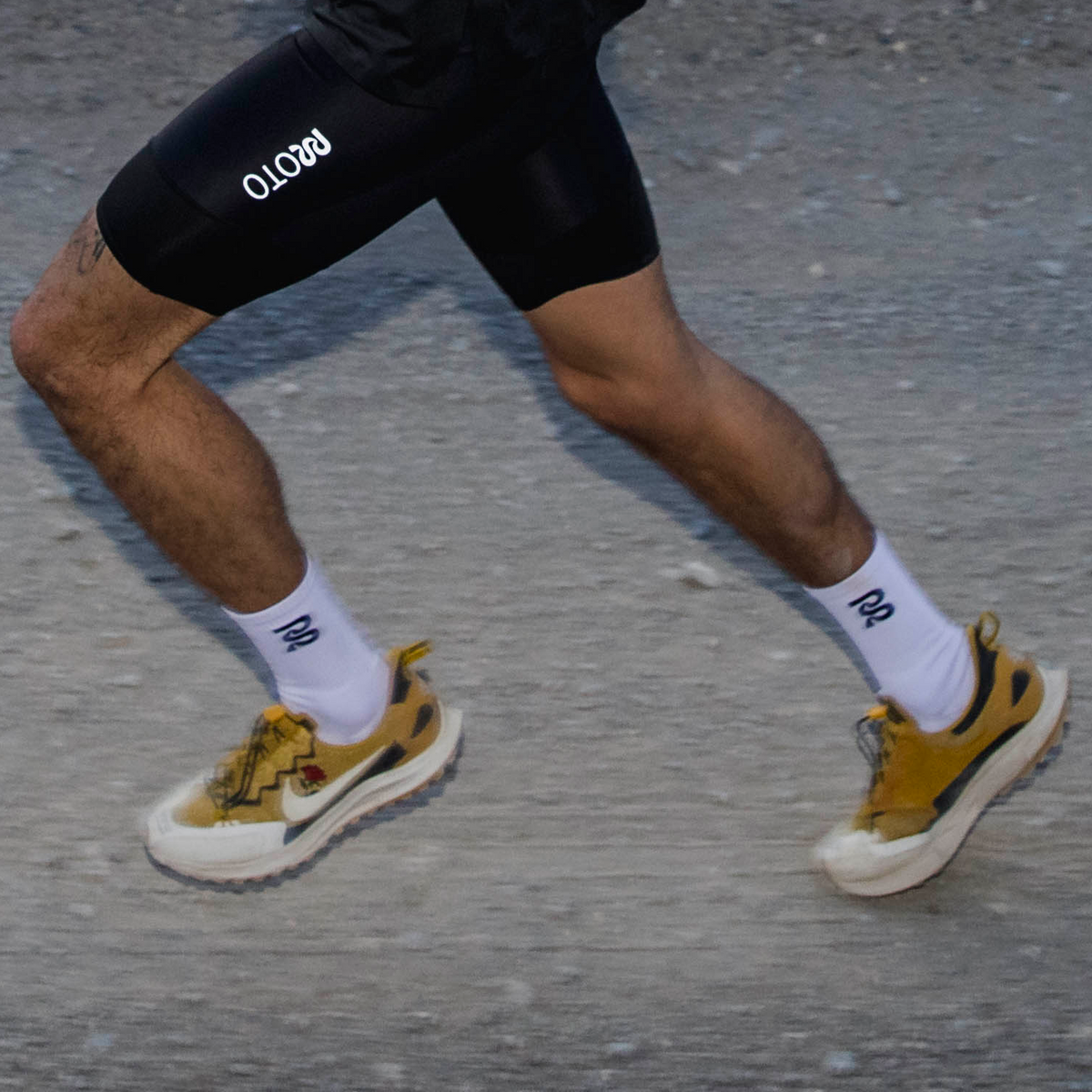