One Brooklyn man’s quest to survive running six days in the Sahara during the toughest foot race on Earth, Marathon des Sables.

Aingeru Zorita inched his body through a wild sandstorm, shielding his eyes with a pair of sunglasses as fine powdered sugar like grains pelted his body. He trekked slowly for five hours in what felt like 50-mile-per-hour wind, not really knowing which way was up or down. Gusts of sand clouded his path, filling his ears and coating his mouth with the granular earth. Zorita didn’t panic the moment his hands went numb. He simply kept moving forward.

This is what he signed up for months ago as he sat alone in his Brooklyn apartment thinking about his own mortality. “Within that came an appreciation of where I should look for experiences and what things are truly important,” Zorita says.

That led him to the middle of the Sahara in southern Morocco, where he set off on a journey through the Marathon des Sables, a six-day ultramarathon equivalent to six regular marathons. A DESERT RUN IN THE SAND

Google the race, and “Marathon des Sables deaths” is the third autofilled result. The answer is three fatalities in the event’s 35-year history, lastly in October 2021. The participant was an experienced ultrarunner in his 50s. The dropout rate is a higher fate, upwards of 10 percent, and in 2021, roughly half of the 700 entrants quit.

The idea for Marathon des Sables, “Marathon of the Sands”, was conceived by Frenchman Patrick Bauer, after he trekked 214 miles in 12 days through the Sahara in 1984. He organized the inaugural edition in 1986, which brought together 23 participants.

Of the 35 editions to date, Moroccan men have won 25 titles. Ten of those belong to ultra runner Lahcen Ahansal, earning him a place in the Guinness World Records; his younger brother Mohamad has won four times.

For participants’ safety, organizers introduced a mobile hospital in 1999, and cross country vehicles, a caravan and a helicopter patrol the course. One year, in 2002, racers had to navigate through a sandstorm and consequently had to rinse their eyes with a special machine designed for low pressure cleansing.

Zorita didn’t bother cleaning his eyes or body though after weathering a sandstorm on day two. “You’re breathing it, eating it,” he says. Racing in the desert is a world removed from his life in New York City. A high fashion photographer by day for the likes of Marie Claire, Glamour Paris, Women’s Health and L’Officiel and ultrarunner off-hours, Zorita had prepared for Marathon des Sables for months. Mostly he ran on sand at Rockaway Beach with at least 20 pounds loaded in a backpack to get his body used to carrying extra weight while on the move.

Zorita, a South Williamsburg, Brooklyn, transplant from Bilbao, Spain, had registered for the race as a birthday gift to himself after turning 40 in December 2021. A way to celebrate life, he says. One year ago, Zorita felt like a different person as he navigated health issues that included debilitating migraines so brutal that he could barely stand up. At one point, he took a hiatus from working and filled his days instead with physical therapy at MOTIVNY, talk sessions with a therapist and daily transcendental meditation.

Marathon des Sables seemed like a promising awakening experience. “I believe that amount of time and effort away from the real world would be incredible to reach new heights on a human level,” Zorita said three weeks before embarking on the journey through one of the driest and hottest regions of the world.

And because of that, a lot of strategic planning was necessary so problems wouldn’t become problems — if that’s even possible in a race that tips over 100 degrees fahrenheit in the secluded dunes of the world’s third largest desert. In fact, the average temperature is a fiery 122 degrees. That alone is a war with one’s body. “There’s not a lot of room for error,” Zorita says. To reiterate, the race, more like an assignment of survival, is voluntary. As in people do, in fact, sign up for this hardcore undoing on the body and mind for $4,000. "YOUR EXISTENCE IS COMPLETELY ABSURD"

On March 24, Zorita left the comforts of his Brooklyn apartment — endless drinkable tap water, a fridge loaded with fresh food and a bed to climb onto whenever he damn well pleased — and boarded a plane at JFK airport for the journey. In the Sahara, whatever comforts he could offer himself were loaded onto his back. Each participant must be self-sufficient. Zorita’s aid comprised 30 pounds. Roughly 60 percent was in the form of calories: freeze-dried meals, recovery shakes, oatmeal, Tailwind electrolyte powder — enough to feed on 3,200 calories a day. Race rules mandate that each participant carry a minimum of 2,000 calories daily.

Somewhere among the rations was a sleeping bag, a head lamp and the particularly essential anti-venom pump (to extract poison from a potential bite from a Deathstalker, one of the most dangerous scorpions in the world); or a Desert Horned viper, known to paralyze prey with toxic venom. The Swiss army knife was a “just in case” addition. One of his more valued and highly appreciated accouterments was a pack of Marlboro Lights. He smoked one a day, a habit anyway, while looking at the dark starry night. It was the most sensory gift he says. That the horizon was all around him made Zorita feel as though he was living in a globe and “so so irrelevant,” he says. “You realize that your existence is completely absurd.”

Prior to starting the race, he removed the SIM card from his cell phone. “I have no interest in staying connected with the world while I’m out there,” he said days before starting the Marathon des Sables in a pair of Hoka Cliftons. He wanted to be less distracted to better connect to the moment and have space to think — all part of the transcendental experience he was out to get.

That ultimately was his search — to gain a better understanding of himself and what to value in the world, live the meaning of dig deep and separate from ego. And he did over the course of 143 miles and 48 hours worth of running.

“This race gives you tools to become a better person and a better version of yourself,” Zorita says, “and to find your more primal instinct and look at your existence in a different way.” 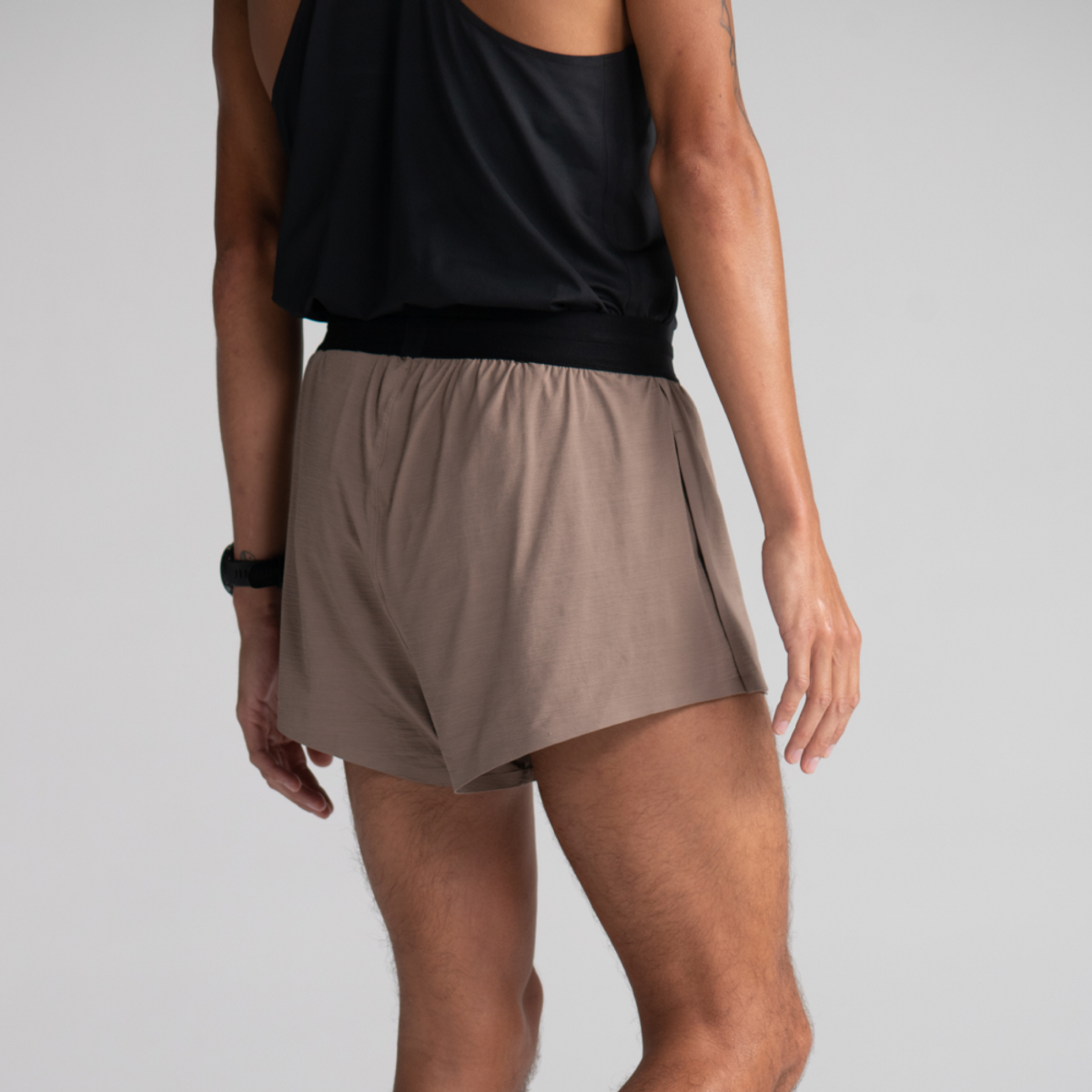 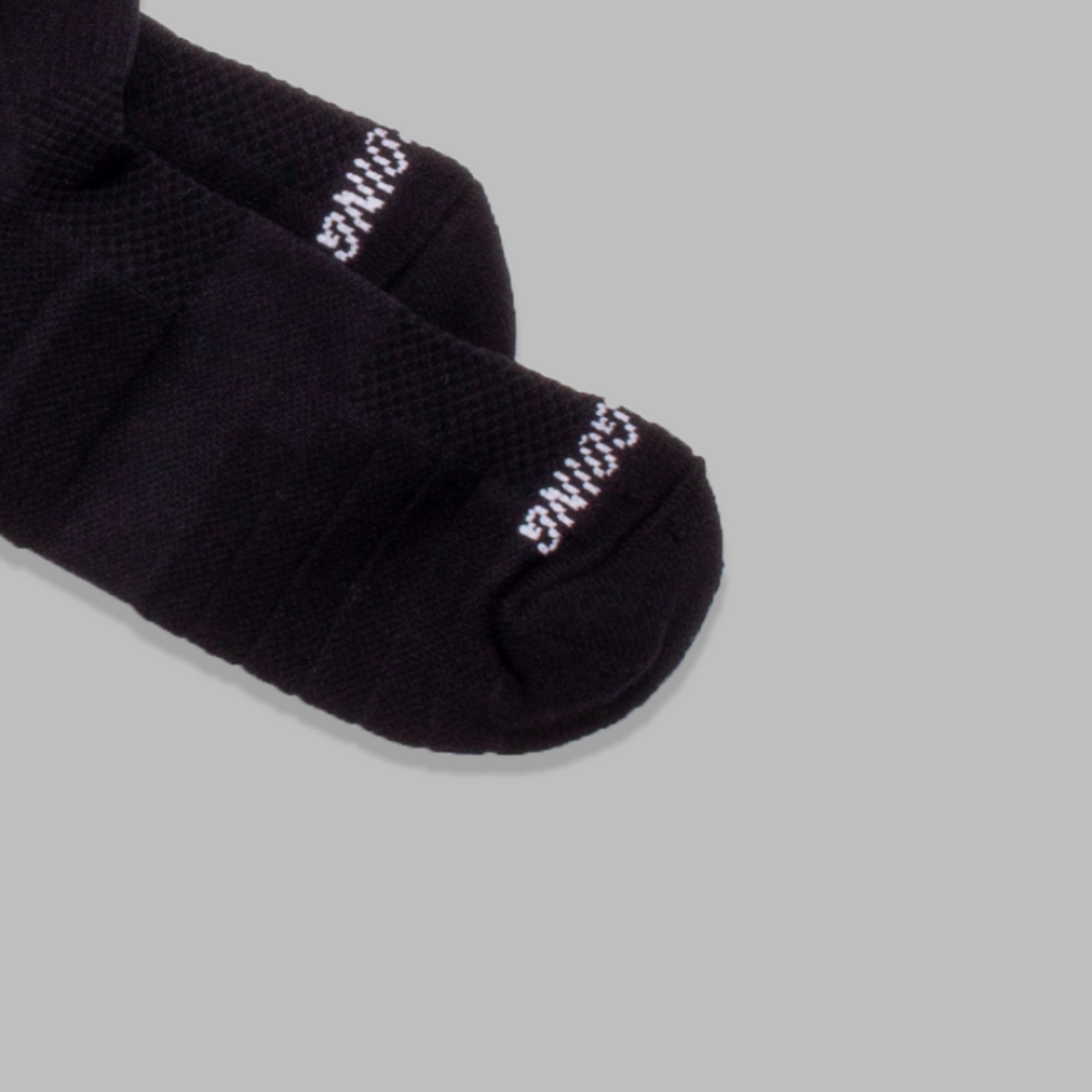